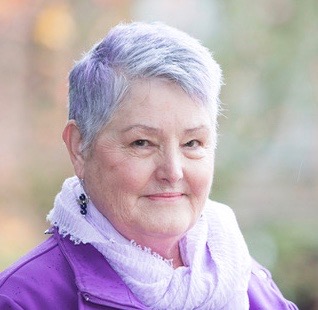 Join Myrna Norman as she hosts and moderates a three-part webinar series – July 13, August 10 and August 24 – where she and others share their insights, experiences and wisdom about living well with dementia.

People living with dementia have tremendous wisdom and knowledge to share. In this three-part-webinar series, supported by the Murray Alzheimer Research and Education Program (MAREP), panelists will discuss their experience receiving their diagnosis, as well as the stigma and misconceptions around dementia. MAREP is a collaborative research and education program that aims to enhance well-being for individuals impacted by dementia, including people living with dementia, care partners, healthcare providers and community members.

This webinar series is free and open to the public. Join one or all three. Registration is required.

These webinars are a great opportunity for:

Attendees are encouraged to ask questions, reconsider their assumptions and learn something new. 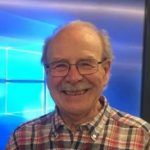 Bill was diagnosed with early-onset Alzheimer’s disease in 2000 at the age of 59. He is an advocate for the Alzheimer Societies of Thunder Bay, Ontario and Canada, and participates in university-led studies and projects.

As a member of the Ontario Dementia Advisory Group, Bill worked with government officials and stakeholders to develop the National Dementia Strategy. 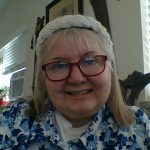 Debbie was diagnosed with Young Onset Alzheimer’s at the age of 58 and is a dementia advocate and speaker locally, nationally and internationally. Her special interests in advocacy include: educating everyone about the ability to live well at various stages, deinstitutionalization for those with dementia, medical assistance in death (MAID) and human rights.

In addition to being actively involved in a various research projects, she also sits on a number of committees around the globe. 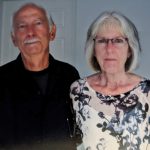 Donna’s own journey with Alzheimer’s disease ignited a passion for combating stigma and educating the public. She first noticed signs of memory loss in 2014, following hip replacement surgery. An active dementia advocate, she supports the Alzheimer Society of British Columbia and uses her program facilitation experience to educate those who respond with: you don’t look like you have Alzheimer’s disease, when she shares her diagnosis. She lives in British Columbia and continues to live an active lifestyle. 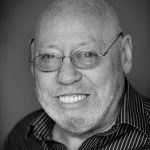 A former CBC Television Director, Len worked on programs including The National, Sunday Report, Saturday Report and The Nature of Things as well as programming for 9/11 and Lady Diana’s fatal car accident. While at the CBC, he was president of two different local unions and held table officer positions for approximately thirty years. He later became heavily involved in the Waterloo Regional Labour Council, the Canada Labour Congress and the Ontario Federation of Labour and was one of the first and busiest Occasional (Peer) program facilitators in Ontario.

He is an activist and officer on the Dementia Advocacy Canada board and the Board of Trustees at the Alzheimer Society, Waterloo Wellington. 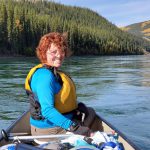 Located in Halifax, NS for more than 40 years, Sandra worked as a Chartered Professional Accountant & Consultant internationally.
In 2013, after a three-year diagnostic process, she was diagnosed with Lewy Body Dementia with Parkinson’s.
A mother of two and grandmother of four, she is an avid hiker and traveler. Passionate about raising awareness of dementia and participates in a number of projects at the Alzheimer’s Society of Nova Scotia and many other projects, panels, public speaking engagements, media interviews, and more.
Wednesday, August 10, 2022 - 1:30 to 3 p.m. (EDT) 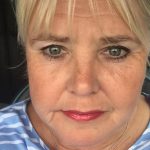 Christine describes herself as bright, fun and adventurous. Diagnosed with vascular dementia and cerebrovascular disease at 56, she knows first-hand how people’s abilities are stripped instead of embraced

Recognizing that advocacy is the only way to make change happen, she is actively involved in many initiatives, including the Dementia Alliance International. 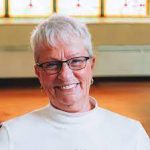 She currently lives in Thunder Bay, Ontario with her husband Bill and they have two daughters and two grandsons. 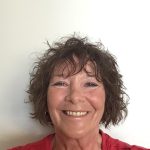 Debbie was diagnosed with Alzheimer’s in June 2021. Currently living in beautiful Chilliwack, BC by herself, she has support from her daughter Jolene and partner Tamara. She has three grandchildren: Carson, Cole and Caylin. Debbie stays busy by filling her days with aquafit, walking, visiting friends and gardening on her balcony. 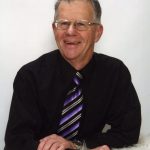 Jerry is 85 years of age and has been married for 63 years. He and his wife have one daughter and three grandsons. Dementia runs in his family; his mother, sister (both deceased) and brother have it. Jerry was diagnosed with mild cognitive impairment in 2022.

He participates in research studies with universities across Canada and is on a dementia advisory board with Myrna. In 2007, John left his career as an estate administrator with a national bank at age 48 because he experienced cognitive difficulties due to frontotemporal dementia. He has found recreation therapy to be the best way to stay active and engaged with friends. John is on the board of YouQuest, Calgary’s first wellness community for people with young-onset dementia. YouQuest uses a recreation therapy model to support younger people with dementia, and embodies John’s personal motto, to ‘have a good day, every day.’ 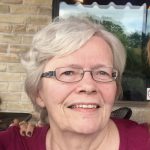 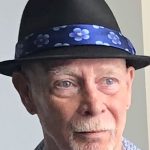 Paul is 69 years of age and was diagnosed with vascular dementia after suffering a massive stroke 12 years ago. He lives well and uses technology to help himself. An advocate for People living with Dementia (PLWD). She is a wife to Patrick, the mother of two grown sons and a sweet granddaughter, 7 year old Arianna. She writes stories and poems for Dementia Alliance International (DAI) and Dementia Connections.