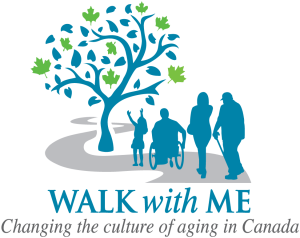 Learn more about the 2022 Keynotes

Disrupting the Status Quo of Senior Living: It takes a mindshift

In an effort to appeal to a new audience of older adults, senior living organizations have been hard at work creating new buildings and fine-tuning hotel-like services and amenities.  But what if these efforts are misdirected?  Shining a light on the aging services field, Jill exposes the errors of current thinking and demonstrates how a shift in perspective can effect real cultural transformation. Interweaving research on aging, ideas from influential thinkers in the aging services field and her own experiences managing and operating senior living communities, Jill will challenge the audience to question long-accepted practices, examine their own biases and work toward creating vibrant cultures of belonging, purpose and growth.

Jill Vitale-Aussem’s first job was working in the kitchen of a nursing home in the mid-1980s. As she ladled pureed glop into plastic bowls and watched residents sitting slumped over in wheelchairs, she thought, “I can’t believe people have to live this way at the end of their lives.”

For over two decades, Jill has made changing the culture of nursing homes, assisted living communities, and retirement communities her life’s work as a long-term care home administrator, continuing care retirement community (CCRC) executive director, and vice president of operations. In each role, Jill pushed back against the status quo and drove deep cultural transformation in both for-profit and non-profit organizations. These efforts not only improved the quality of life for the people who lived and worked in the communities but led to significant improvements in occupancy, financial, and regulatory outcomes. From 2018-2020, Jill led the Eden Alternative, an international non-profit dedicated to creating quality of life for Elders and their care partners, wherever they may live.

Today Jill serves as President & CEO of Christian Living Communities, a Colorado-based not-for-profit serving more than 3,000 older adults and their families through its 22 owned and managed communities located in six states as well as its services of adult day, home care and consulting.

Jill earned a Master of Management in Hospitality degree from Cornell University School of Hotel Administration and holds a Bachelor of Science in Business Administration degree from Alfred University.  She is a licensed nursing home administrator, a certified assisted living administrator, a Reframing Aging facilitator and a fellow with LeadingAge Leadership Academy and Nexus Insights.

Jill is passionate about creating community cultures of innovation, possibilities, inclusivity, growth, and empowerment and speaks internationally on the topics of culture, leadership, and ageism. She is the author of Disrupting the Status Quo of Senior Living: A Mindshift, published by AARP and Health Professions Press in 2019.

Rocking the Boat: Thinking Differently About how to Support Aging in 2022 and Beyond!

Join Dr. Al Power, Ralph Milton, Leslie (Les) Froats, and moderator Moira Welsh as they explore how we can all can think differently about supporting aging. Using personal experience, professional training, and decades of experience in the field, these speakers are sure to bring a dynamic discussion to #WalkWithMe2022.

Professor of Health Law & Science Policy | Author of Is Gwyneth Paltrow Wrong About Everything?

Aging Well in the Age of Misinformation

The spread of conspiracy theories and harmful misinformation – about vaccines, diets, alternative therapies, and, yes, aging – is a defining characteristic of our time. It has led to deaths, financial loss, increased stigma, health policy challenges, and added to the chaotic information environment. What can be done to push back against this noise? Can we win the battle against this infodemic?

Professor Timothy Caulfield is an unrivalled communicator who debunks myths and assumptions about innovation in the health sector — from research on stem cells to diets to alternative medicine — for the benefit of the public and decision-makers. He is a Canada Research Chair in health law and policy, a professor in the Faculty of Law and the School of Public Health, and a research director of the Health Law Institute at the University of Alberta.

Over the past several years, Caulfield has been involved in a variety of interdisciplinary research endeavours that have allowed him to publish more than 350 articles and book chapters. His research focuses on topics like stem cells, genetics, research ethics, and the public representations of science and health policy issues. The recipient of numerous academic and writing awards, Caulfield is also a Fellow of the Royal Society of Canada and the Canadian Academy of Health Sciences.

Caulfield also writes frequently for the popular press on a range of health and science policy issues and is the author of several bestselling books, including: The Cure for Everything: Untangling the Twisted Messages about Health, Fitness and Happiness; Is Gwyneth Paltrow Wrong About Everything?: When Celebrity Culture and Science Clash; and, most recently, Relax, Dammit!: A User’s Guide to the Age of Anxiety. He is also the host and co-producer of the award-winning documentary TV show, A User’s Guide to Cheating Death, which aired in over 60 countries, including streaming on Netflix in North America.

Resiliency and Toughness When It Matters Most

Healthcare workers, the unsung heroes of these times, have frequently been left feeling under-supported for the essential role that they have been playing during the fight against COVID-19. Hayley Wickenheiser, four-time Olympic Gold Medalist and medical doctor, shares her approaches and strategies to not just survive, but thrive in these non-ideal times. Drawing on her experiences from the world of high performance sport and the lessons she’s learned as a medical doctor and champion on the front lines of securing PPE for Canadians, Wickenheiser explores the importance of fostering personal and professional resiliency and strength at a time when these qualities are needed most. She reminds audiences that, at a time when we’ve been asked to keep apart, we’ve actually never been more together.

Dr. Hayley Wickenheiser is considered one of the best female hockey players in the world. Seven world championships, six Olympic appearances, five Olympic medals — she is a titan of sport and a leader both on and off the ice. Wickenheiser now sits on the International Olympic Committee’s (IOC) Athletes Commission, is the Vice Chair of the Calgary 2026 Bid Committee, and is the Senior Director of Player Development for the Toronto Maple Leafs. Beyond sport, she is a community leader, doctor, and businesswoman who inspires audiences to give their best in everything they do.

In her 23 years as an Olympic athlete, Wickenheiser led her team to four gold medals and one silver medal, and served as Canada’s official flag bearer at the 2014 Sochi Olympics. She also won seven gold and four silver medals at Women’s World Hockey Championships as part of the Canadian Women’s National Team. Wickenheiser made hockey history as the first female player to notch a point in a men’s professional game, and as the first woman in history to have played in/coached at four NHL development camps with the Philadelphia Flyers, the Edmonton Oilers, and the Toronto Maple Leafs.

In 2019, Wickenheiser was inducted into Canada’s Hockey Hall of Fame. She has also been named one of Sports Illustrated’s Top 25 Toughest Athletes in the World; has been twice-named to the “Power 50 in Sports”; was among the QMI Agency’s “Top 10 Greatest Female Athletes in the History of Sports”; and is a member of the Saskatchewan Sports Hall of Fame, Canada’s Top 40 under 40, and Canada’s Walk of Fame. In 2014, she was awarded Canada’s highest honour when she was appointed to the Order of Canada for her achievements as an athlete and for her contributions to the growth of the women’s game.

Wickenheiser’s passion for sport is paralleled by her desire to give back to the community through her work with dozens of philanthropic organizations, including Lace ‘Em Up, Jumpstart, KidSport, Project North, and Right to Play. She is also the founder of the world-renowned personal and athletic development weekend, The Canadian Tire Wickenheiser World Female Hockey Festival, which provides mentoring and growth opportunities for young athletes around the world.

Wickenheiser holds several honourary degrees from institutions across Canada, as well as a Masters in Kinesiology from the University of Calgary, where she also studied medicine. In 2021, Wickenheiser completed her studies and became a medical doctor.