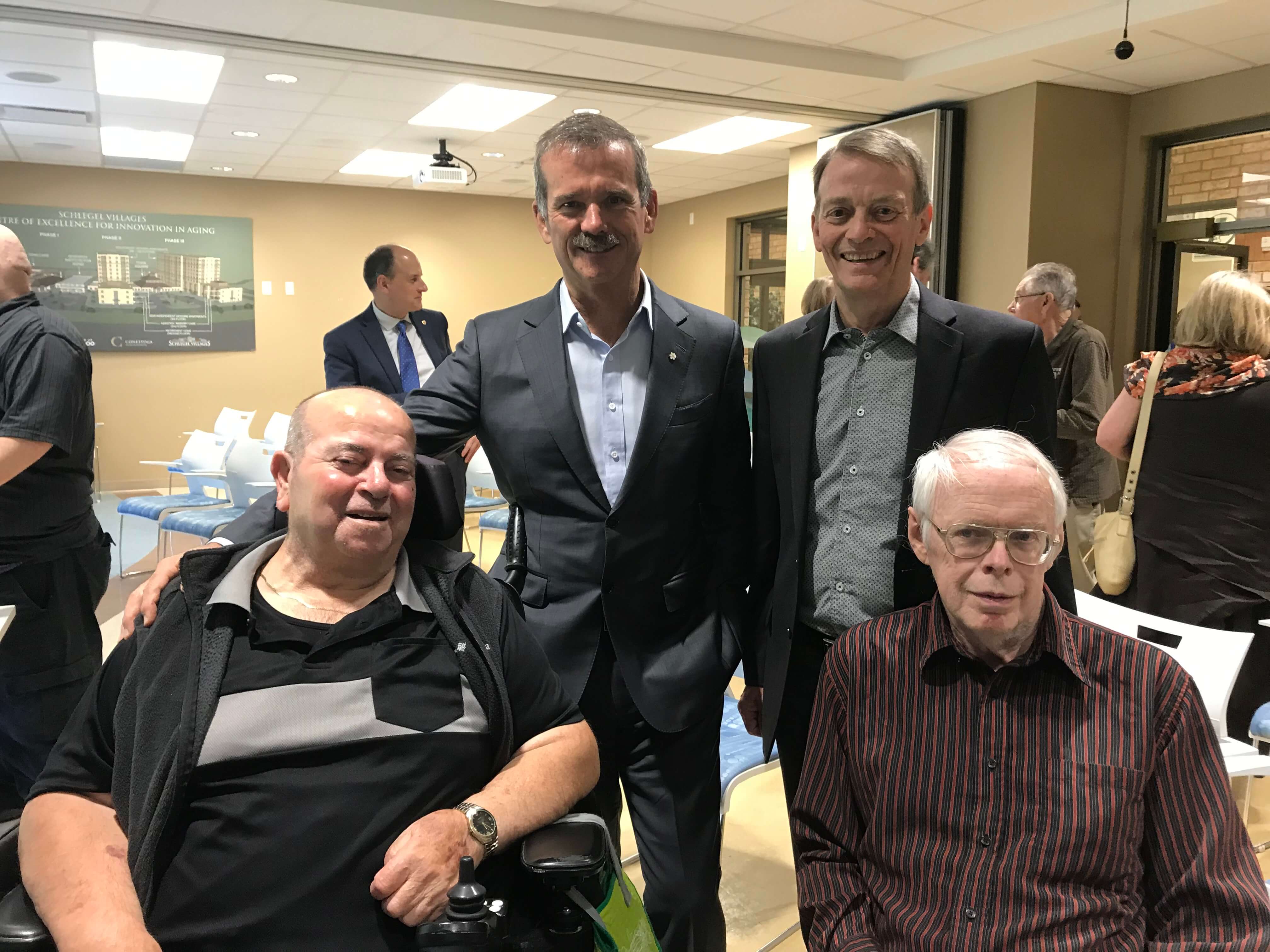 As Canadian Space Agency astronaut David Saint-Jacques prepares to come back to Earth in a few days’ time, today the RIA hosted Aging in Space to showcase some of the research he has taken part in during his 6 ½ months on the International Space Station (ISS) – research that will help us understand, and maybe even reverse, aspects of the aging process.

Vascular Echo, funded by the Canadian Space Agency, is named after the technology the team is using to collect data. This study will inform the next stage in Hughson’s research findings. He previously found that after only a few months in space, astronauts’ arteries stiffen by the equivalent of aging 20 years on Earth. Stiffened arteries can affect blood pressure, a common issue in older adults. These changes can interfere with movement and cognition, and contribute to the development of heart disease.

During this project Hughson and his international team will compare cardiovascular data collected from astronauts on the ISS – like Saint-Jacques’ – with older adults here on Earth to try to find ways to slow down or even dial-back stiffening arteries.

Hughson has already worked with several astronauts, most notably Hadfield during his time as commander aboard the ISS in 2012-13.

“Often the most surprising discoveries happen at the furthest reaches of exploration,” says Hadfield. “The International Space Station is a unique laboratory, pushing our collective abilities and knowledge to the very limit. I’m delighted to be a part of Canada’s research there, to help understand and benefit the health of our seniors.”

The RIA lab in Waterloo is linked to the ISS so the team can monitor Saint-Jacques as he conducts the Vascular Echo experiments. During the event Hughson and Hadfield showed video footage of Saint-Jacques on the ISS using robot-controlled ultrasound technology to collect real-time data on his cardiovascular health.

Ultrasound teleoperations lead Danielle Greaves also showed how they connect to the ISS with a live demonstration of the link to the team members in France at Sonoscanner, the company that developed the Echo technology.

“It is very exciting for our team, my students, and the community that we can do our research with Canadian astronauts,” says Hughson. “We are collecting ultrasound images using the robotic ultrasound system and taking blood samples on the ISS to explore the rapid ‘aging-like’ changes to arteries during spaceflight.”

Only in the past few years have researchers, like Hughson, started to understand the full effects of space travel on cardiovascular health. Collaborations between Canadian researchers and astronauts have made these discoveries possible, and strengthened Canada’s reputation for leading innovative space research.

“The RIA is here to advance world-class research and drive innovation,” says Josie d’Avernas, executive director of the RIA. “This work is a perfect example of that. We are learning from Canadian astronauts during spaceflight by connecting directly to the ISS from right here at our Waterloo home base, and then applying the findings to benefit our aging population.”