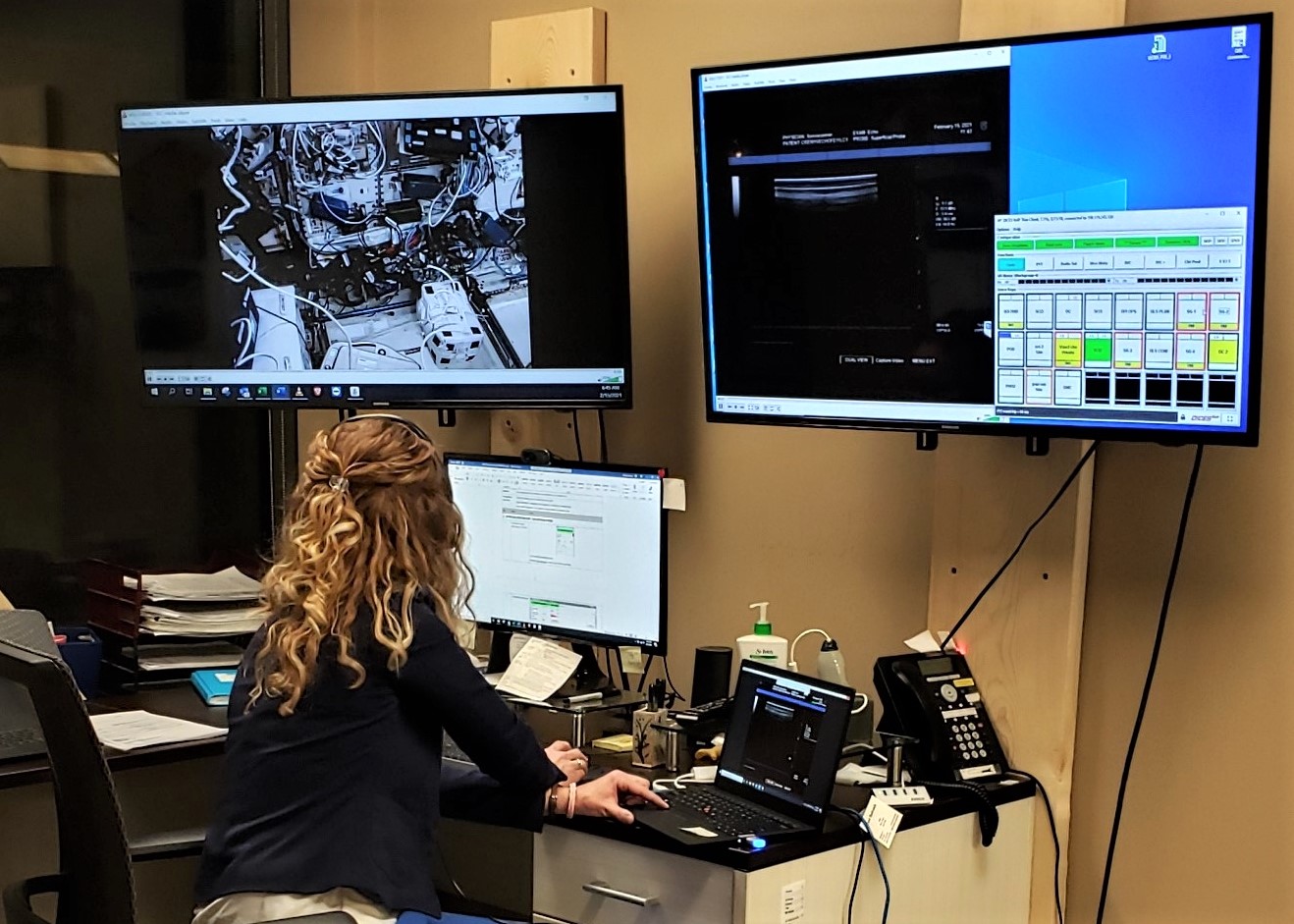 Astronauts on the International Space Station (ISS) are helping a research team based at the Schlegel-UW Research Institute for Aging (RIA) develop strategies for healthy aging. The research is made possible through technology aboard the ISS that is being operated remotely from the RIA building in Waterloo for the first time.

In the past, this equipment could only be operated by the research team from official space agency mission control centres, and the team had to travel to Montreal or Toulouse, France.  With travel restrictions in place because of the pandemic, the team has created their own mission control centre at the RIA. This secure connection to the ISS allows crucial Canadian space research to continue.

Richard Hughson, Schlegel Research Chair in Vascular Aging and Brain Health with the RIA and Professor at University of Waterloo, is leading this work as part of the Vascular Echo experiment, funded by the Canadian Space Agency. Hughson and his team discovered that after six months in space, astronauts return to Earth with arteries that are stiffer by the equivalent of aging 20 years.

“We see that extremely fit and healthy astronauts can show signs that mimic the aging process with only months in space,” said Hughson. “In microgravity, the astronauts float around the ISS and there is little physical work. Even with daily exercise sessions their bodies decondition. The key finding from observing astronauts is that frequent physical activity throughout the day, in addition to regular exercise, is essential to optimal health as we age.”

Danielle Greaves, teleoperations lead with Hughson’s research team, successfully connected with the ISS from the RIA’s 2nd floor yesterday morning.  Greaves is using remote controlled technology to get ultrasound images of astronauts’ arteries, in addition to collecting a variety of other health metrics.

“Imagine going to the clinic for a routine ultrasound, and the tech hands you the probe and the machine and leaves the room,” said Greaves. “In space, astronauts do their own ultrasounds. This new capability allows me to get excellent images using a robotically controlled ultrasound and we run it from right here in Waterloo. It’s an incredibly exciting time for our team.”

Hughson and his team have a long and successful history of Canadian space research. They have worked with now retired astronaut Chris Hadfield, as well as the latest Canadian to orbit on the ISS, David Saint-Jacques, and dozens of astronauts from NASA, Japan and Europe.

The next remote connection to the ISS from the RIA mission control is planned for Spring 2021, and data collection will continue over the next 10 years as the research continues. Results from these studies will determine the risk for developing cardiovascular disease on long-duration space flights to the Moon and Mars.