Using technology for a better understanding of sleep 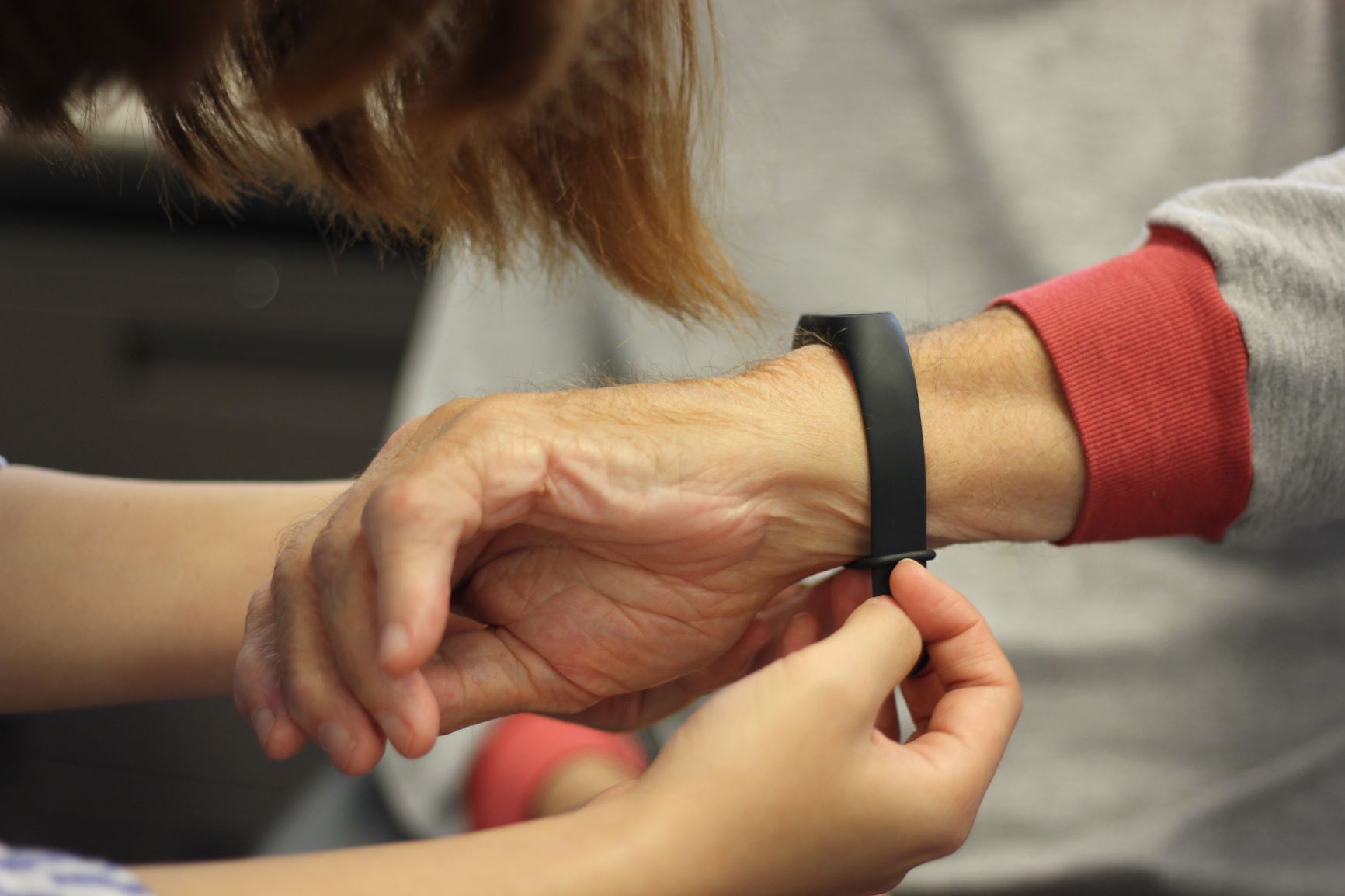 Using technology for a better understanding of sleep

Sleep is an essential part of every person's health and well-being – it helps with cognition, prevents depression and boosts the immune system. Age can impact sleep, and for older adults who live with dementia, sleep can become even more disrupted and harder to track because they may not remember when they slept. Researchers at the RIA are finding ways to use technology to track sleep patterns and to better understand how aging impacts sleep in order to help older adults get a good night’s sleep.

In order to support older adults living with dementia in long-term care, team members are starting to track the sleep of these residents by having them wear smart technology that can track sleep – a more efficient process than the traditional one which is to write notes in a log every half hour.

Professor Jennifer Boger, Schlegel Research Chair in Technology for Independent Living, and her research team wanted to take this a step further. They set out to track circadian rhythms, the biological processes that influence sleepiness and wakefulness. Knowing that wrist temperature is influenced by these biorhythms, they decided to explore the use of wrist temperature bands as a way of determining sleep cycles.

Eight long-term care residents living with dementia wore two wristbands that measured their temperature 24 hours a day for two weeks – a popular smart watch as well as a wristband for detecting temperature and movement that was custom-built by Boger’s team. To compare sleep cycles between different ages, data was also collected and compared from healthy young adults and healthy older adults who wore both wristbands for the same amount of time.

The results confirmed their suspicion that age does affect sleep, but what they didn’t expect to find was that the commercially available smart watch they tested that calculates sleep based on movement wasn’t very accurate for older adults. They also found that temperature on its own is a good indicator, but using both movement and temperature together gives much better accuracy than either measurement on its own.

Since they found that the older adults in the study didn’t mind wearing the wristbands, and in fact many chose to keep the smart watches, Boger is optimistic that this a workable way to monitor sleep. Boger and her team hope these findings will encourage smart watch companies to consider how to create products that are better able to detect sleep for older adults, including those living with dementia, so we can build better strategies to support sleep.